Elfriede Maltzahn – or how it all began in 1882

The forerunners of the beach basket originally stood in the parlours of houses in Lower-Saxony, in Germany. Dating from the 1600’s they were originally designed as protection against drafts, as the houses weren’t as well built as in modern times. The first real beach basket was actually invented by a German in the year 1882. Not just any German either – the inventor was no less than Wilhelm Bartelmann, the Kaiser’s court basket weaver. This is how it happened:

A lady of the gentry, one Elfriede Maltzahn, enjoyed life at the seaside, but suffered from a chronic rheumatic disorder. How nice it would be, she thought to herself, if there were a piece of furniture which protected one against the ravages of the sun and wind. No sooner said than it was done – and Wilhelm Bartelmann went to work with a determined will, and developed the first single-seat beach basket.

A short time later Bartelmann built his “beach chair“ as a two-seater for the first time, and after only a few years the whole German Atlantic coast was dotted with hundreds of them. Today there are some 70.000 of these chairs, and no longer only in Germany (or on beaches either, which is why voices have become louder, wishing to rename them into “garden baskets”!). A student of Bartelmann’s, Johann Falck was instrumental in making the beach basket so popular. In 1897 he built the first prototype of the semi-reclining relax model, later followed by the fully-reclining version.

Little has changed regarding the design of the beach basket since it was invented, only the materials used in constructing it. Even the advertisement placed by Wilhelm Bartelmann in 1883 in the local newspaper in Rostock, on the East-German coast could still be published today (except for the grammar!): “we recommend our bathing guests the use of our beach chairs as protection against the sun and wind and also rents out the same.  W. Bartelmann“. You guessed it! The beach basket inventor was the guy who also opened the first „rent-a-beach basket“…! 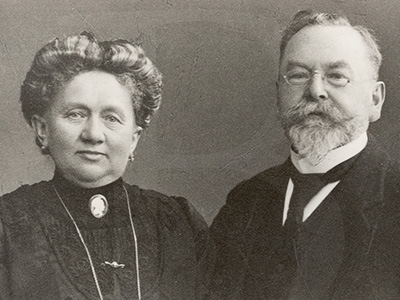 …Friederike Maltzahn was probably envied by a lot of her contemporaries, as she relaxed on the beach at Warnemuende in 1882. The revolutionary new piece of beach “furniture” woven for her by the Kaiser’s court basket weaver Wilhelm Bartelmann, protected her not only from the wind, but also the sun. This was especially important at the time, as it was paramount for “ladies of quality” to keep their pale complexion – the trade mark of the nobility. However, as the ideals and fashions of beauty changed, so did the beach basket. The simple original design, greatly resembling a laundry basket with drab gray sun-blind fabric metamorphosed into comfortable basket weave structure with an adjustable upper half. Today beach baskets can be admired by the thousands on beaches all over Germany – in a wide variety of colors and versions.

Since our introduction of the beach basket for home use, they have now appeared in many gardens, true to the motto “vacation is: wherever I can lay back and relax!” The Garden & Beach Basket of today bears little resemblance to the original prototype.

All metal parts and fittings are either fully galvanized or made of stainless steel, wooden parts are all varnished, the fabrics are high quality and more durable, and there are numerous extra accessories available.

In other words, our Garden & Beach Baskets are as individual as you are! As an homage to the original, and in memory of its inventor, we have included our very popular “Nostalgic” model in our program – quite in the tradition of the Kaiser’s court basket weaver Wilhelm Bartelmann. 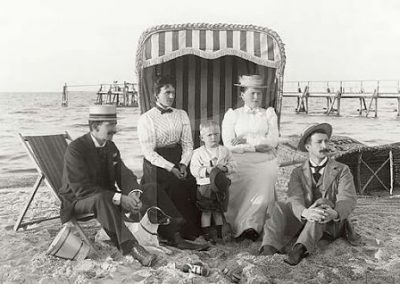 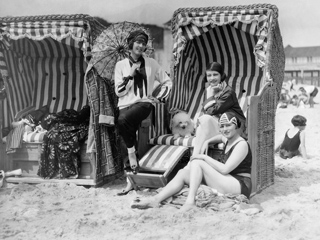 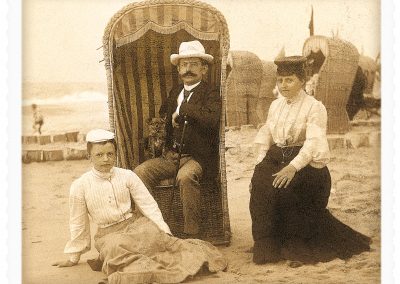 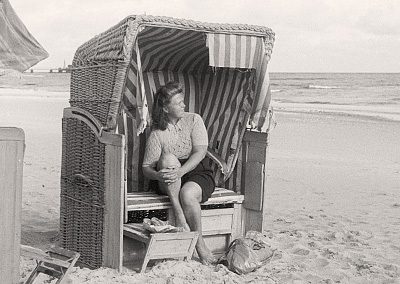 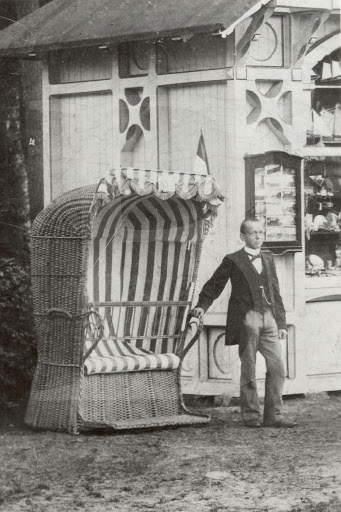 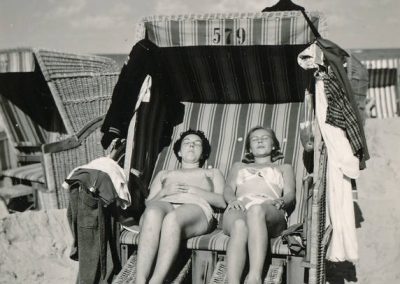 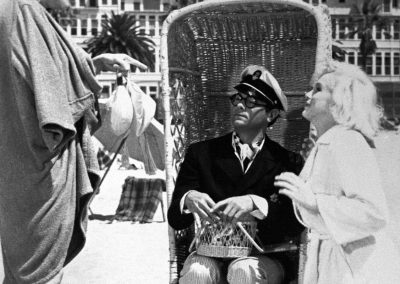 Tony Curtis in a Strandkorb 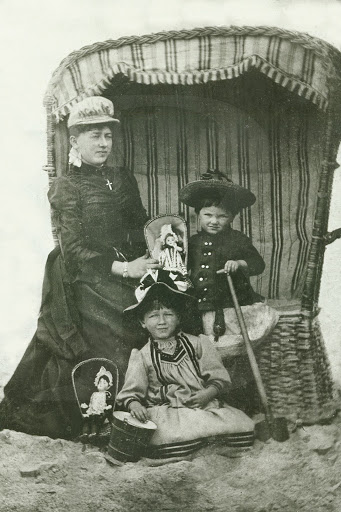 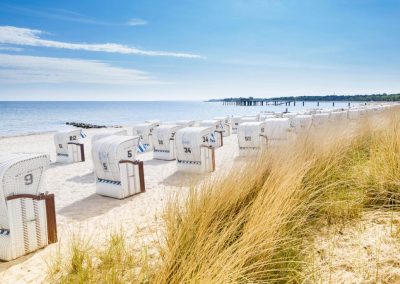 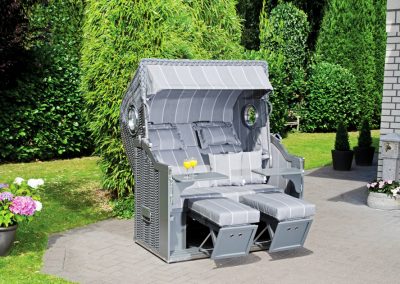 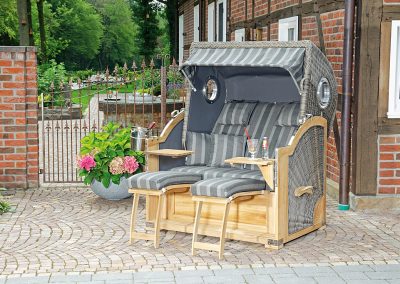 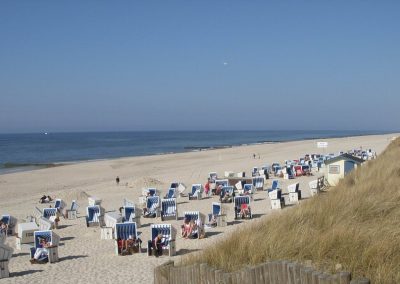